Our coaches this summer for the Lady Outlaws 2022 Elite Team are Elle Race and Heather Balberde.

Elle Race
Elle is the Community Coach for the Chattahoochee Girl’s Varsity Lacrosse Team. Coach Race has coached youth, middle school and club lacrosse for 9 years. She was a 2 time Division I All-American field hockey player at Penn State. She also played on the US National Field Hockey Team for 8 years earning a bronze medal in the 1994 World Cup and silver in the 1995 and 1999 Pan American Games. She also coached youth, high school and Division I college field hockey, including 3 years as an assistant coach at Penn State.

Heather Balberde
Heather has played Lacrosse since her early days in high school. She has coached the Jr. Knights for the last 2 years. Her goal is to assist our young club members in developing their LAX skills to reach their full potential.

While growing up in Bel Air, Maryland, I played a variety of sports including soccer, basketball, softball, and tennis. In my freshman year at Bel Air High School, I decided to “try” lacrosse. I was immediately hooked once I could catch and throw, which took practice and perseverance. I made the High School Varsity Lacrosse Team as a freshman, and ended up having the most goals and assists in our county and a leader in the state of Maryland. While I was asked to play on a few college lacrosse teams, my heart was set on the University of Richmond where I played Division I Women’s Lacrosse. During this time, I was recognized as having the record for the most assists, and was selected to play on one of the U.S. Women’s Lacrosse Teams.

After college, I was asked to work for IBM Healthcare Consulting. While at IBM Healthcare Consulting for five years, I earned my Master’s Degree in Healthcare Administration from The University of North Carolina at Chapel Hill. Soon after receiving this degree, I started working at Children’s Healthcare of Atlanta where I currently serve as the Vice President, Physician Practice Operations. I have been at Children’s for 17 great years where not a day goes by that I take for granted. I know that playing sports teaches people to be true to themselves and others, discipline, and leadership. And, this is my hope for the girls who I coach to believe in themselves, set stretch goals, and treat others with kindness and respect. 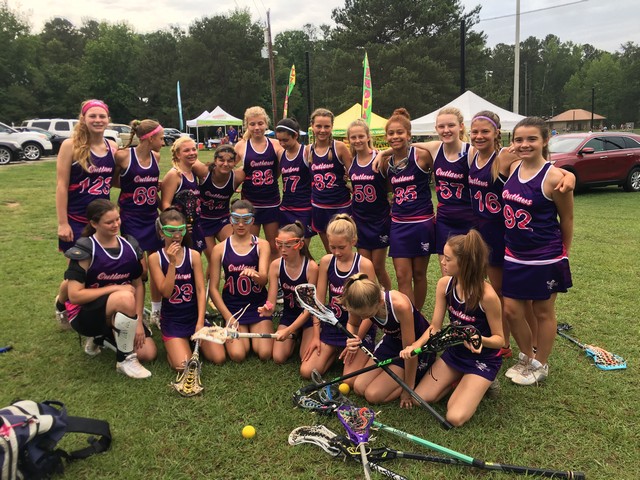