Our head coach this summer for the Lady Outlaws 2023 Elite Team is Izzy Bertaloni.  Izzy is in her 3rd year with the Outlaws and coaches for the Sequoyah HS Chiefs Lacrosse.   Coach Bertolani is a current Lacrosse player for Kennesaw State University's D1 program, where she plays Midfield. As a 4-year Varsity starter at Johns Creek High School, in Johns Creek, GA, she has played every position. She played for the Georgia National Tournament team in 2014 and 2015. In 2015, she was invited to play for Team USA. Throughout all 4 years of travel programs, she has played all across the United States. In addition, Coach Bertaloni has an abundant amount of coaching experience. For three years, she worked with the Johns Creek Feeder program as a Head Coach and an Assistant Coach, and she has run many of her own clinics.

Izzy will be assisted by coach Todd Moran (Ashley's dad) and coach Kevin McDonald (Claire's dad). Todd and Kevin led the Outlaws 2023 Pink team to the Pumpkin Smash championship in 2017.

Kevin McDonald is from Patchogue NY on the middle of Long Island and never touched a lacrosse stick until he moved to Georgia. Kevin has worked for the Alpharetta Recreation and Parks Department since 1994. He started the first youth lacrosse program in North Fulton in 2001 and the Department won the Innovative Program Award from the Georgia Recreation and Parks Association that year. Kevin started officiating girls lacrosse in the Spring of 2014 and started coaching that season as well in the West Forsyth program. He has coached and officiated all levels of roller and ice hockey in Georgia and was the first HS coach for the Northview HS roller hockey team, 2003-2004. 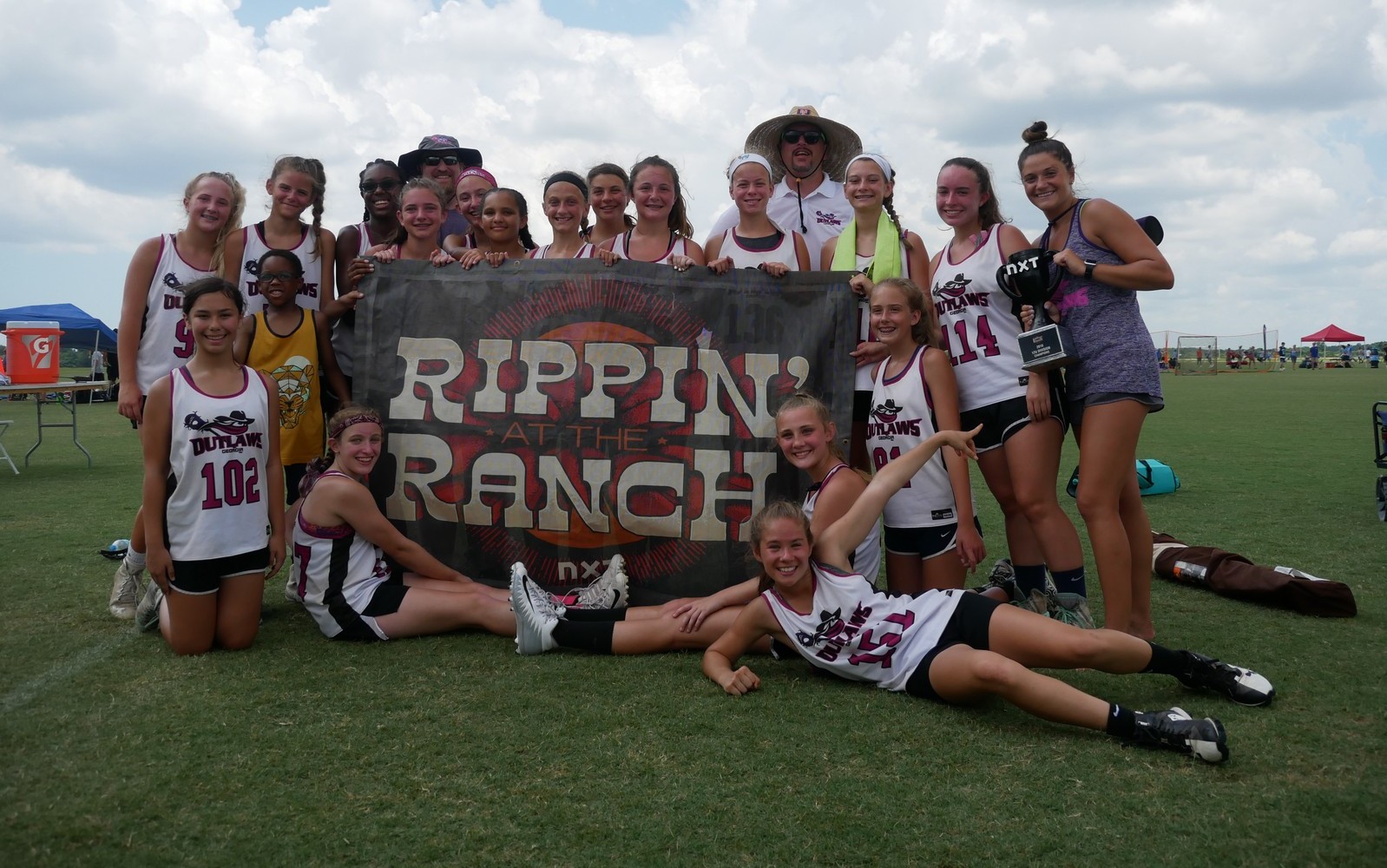